Four parents can share parental leave: that is the result of the Danish parliament passing a bill on March 3 on amendment of the Law on Parental Leave.

The new legislation on parental leave

The main topic of the bill was implementing EU regulation on parental leave (Directive (EU) 2019/1158 of the European Parliament and of the Council of June 20 2019 on work-life balance for parents and carers and repealing Council Directive 2010/18/EU) implying that a larger share of the parental leave is designated to the father. However, the politicians decided to add an extra topic, i.e., to recognise the non-legal parents in rainbow families.

According to these provisions, the two legal parents can decide to share the parental leave with social parents.

In Denmark, the parents have 52 weeks of parental leave combined. A pregnant has the right to 4 weeks leave before the expected time of birth and 14 weeks after giving birth. The spouse (married) or partner (unmarried) has the right for 2 weeks within the first 14 weeks after the child’s birth. The remaining 52 – 4 – 14 – 2 = 32 weeks of leave can be shared freely among the two. Commonly, the mother gets the vast majority of these weeks. With the new law – coming into force on August 2, 2022 – the remaining weeks cannot be shared freely. In general, the person giving birth still has 4 weeks before the child’s birth. The remaining 52 – 4 = 48 weeks are divided equally between the two parents. Like today each parent has 2 weeks in connection with the birth, but unlike today 9 weeks are reserved for each parent and cannot be transferred to the other. The remaining (48/2) – 2 – 9 = 13 weeks can be transferred. The aim is to ensure the fathers get more parental leave than is common today.

Now, the model related to rainbow families concerns the transferable weeks. The legal parents may decide to transfer these to social parents. The following illustration (in Danish) is adapted from the official information page:

The first paragraphs of the implementation in the law are as follows (in my translation):

Part 2. In this law, a partner is a person who has lived in a marriage-like relation with a parent or with a known donor for at least 2 years at the time of the start of the parental leave.

Part 3. In this law a social parent is:

1) A parent’s spouse or partner who is intended to have a parent-like relationship to the child and who is not a parent of the child.

2) A known donor who is intended to have a parent-like relation to the child and who is not a parent of the child.

3) A known donor’s spouse or partner who is intended to have a parent-like relation to the child and who is not a parent of the child.

§ 23 b. An employed mother, who resumes working full-time, can hand over up to 8 weeks of her right to parental leave after § 7, part 1, 2nd full stop to a social parent to be held within the first 10 weeks after the child’s birth.

The legislation on social security is highly intricate, and this is only a fraction of the provisions regarding parental leave, but this should suffice to indicate the construct. § 23 a, Part 1 refers to the legal parents defined in Danish legislation.

In the public hearing over the draft of the bill, LGBT komiteen criticised (in Danish) the wording in some of the paragraphs, e.g., the use of the term parent-like relation for a social parent: it is a parent relation, and thus we suggested the term social parent relation instead. This was rejected because the version in the draft bill echoes other provisions in existing law.

We also suggested not using the term female employee, which appeared in a few places in the bill. We showed it was unnecessary to include the word female, as just using employee is sufficient. The reason to go for a gender-neutral text is to be able to accommodate trans persons becoming parents properly in the text. The Government agreed and made changes to the bill that was passed.

Trans persons becoming parents are recognised correctly in the law after passing an amendment to the Children’s Act earlier this year, cf. improved family law on home insemination and trans parents (in English). This recognition involves an interpretation of the law text, which is clearer with gender-neutral legislation.

Three significant improvements of the law this year

This is the third significant improvement of the legislation in the current parliamentary year: 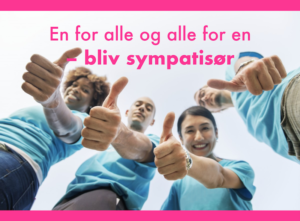